Because we didn’t have enough water fun over Labor Day, DJ and Madi (11-years old) decided to go to Catalina for some scuba diving. They had so much fun that the phone calls to me were VERY sparse….non-existent. Three quiet days later, I got a call after they got off the ferry back on the mainland. 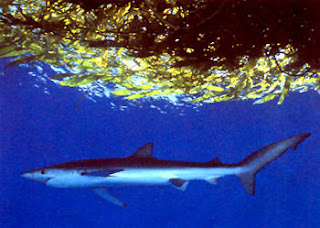 Then DJ went into the story of how he and my sweet, precious daughter went diving in the kelp forests and when Madi popped through a hole in the kelp, a 6-8 foot blue shark (maybe more) was sitting on the other side….about 5 feet away. It was more scared of them than they were of it and so it darted away. When I talked to Madi, I asked if she was looking forward to diving again anytime soon. Her answer? “If I get to see another shark, YES! I have bragging rights!”
Posted by Heidi at 7:00 PM 1 comments

But There's A Dorsal Fin

Labor Day....beaches....it just seems to go together. We decided that it would be a perfect day to go to our favorite beach, Crystal Cove. Everything came together so nicely; we packed the kids, beach chairs, swimsuits, wetsuits, and towels and headed to the beach.

On the way there, I brought up the picture that made its way around the internet over the past week. You know the one...the great white shark that can be seen in the waves: 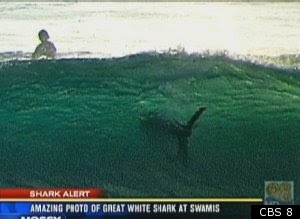 We talked about what a fun picture that was, about how there ARE sharks in the water, but that no one ever sees them and they avoid us for the most part.

As we walked down the beach we noticed that the waves were still very large; evidently we're still in some sort of swell pattern that makes for big waves. That's one of the reasons why that picture was so vivid...the wave was large and the photographer happened to catch that picture.

I was doing my favorite beach activity (sitting in the beach chair, reading a book, enjoying the sun, and snacking), when Madi came running up the beach from the ocean where she was playing. Her eyes were huge, and she started yelling "SHARK! I SAW A SHARK IN THE WAVES."

"Madi...it was probably some kelp that you saw," was my reply.

"BUT THERE WAS A DORSAL FIN!"

I said something trite along the lines of "it was probably a seagull on the surface" but started scanning the water (Reagan and Tre' were still in the water, not believing their little sister either). In just a moment I saw a dorsal fin too.....plus another one....plus another one. Then the whole pod of dolphins started surfacing just at the swell line... 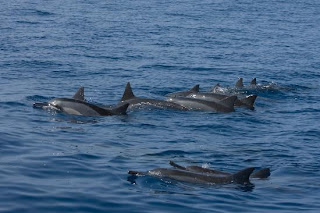 Evidently they thought they'd have fun with a day at the beach as well.
Posted by Heidi at 6:06 AM 2 comments

My overwhelming grace has struck again. The natural flow, the ability to move with style .... doesn't happen with me. EVER.

Actually, I'm writing this while squinting. Yogurt Island struck last night. Literally. After a high school band festival (great music by the way!), DJ, Tre', and I went out to grab something to eat. I was introducing Tre' to the joys of building your own yogurt creation and demonstrating how to add said creation building joys to my yogurt. While pulling the handle down to add slivered almonds (MMMM!) to my pineapple-mango tart yogurt (double-MMMM), I pulled a teensy bit too hard. It rotated over off the shelf and smacked me on the cheek--right by the eye.

What's funny was my reaction. I felt about 13 years old and embarrassed--apologized to the shop, meekly paid for my yogurts and then Tre' and I ate them. This morning, I woke up to the glories of my first black eye.
Posted by Heidi at 10:17 AM 3 comments 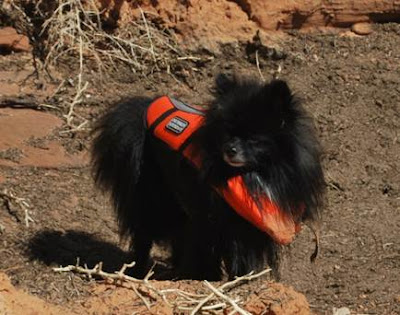 We don't have the world's scariest dog.....in fact, DJ would contend that Maliboo (or "Boo" as we call him) is more rat than dog. He's great at shedding...think of the line in Despicable Me --"He's so FLUFFY!" He's also fantastic at darting out the door and then joyfully running through the neighborhood; the only way we can get him home is to drive (yes, drive) up next to him and open the door. He'll jump in for his ride home.

However, he's part of the family. He's been to Lake Powell (thus the life preserver), Utah, Mexico, Canada, Alaska, and back. He's the one who goes on walks with me in the morning. He makes the rounds at night and ends up sleeping in almost everyone's bed.

You'd think this would make an impression on Josh. However, when we went to Parent/Teacher conference today, the 1st grade teacher gingerly brought out a sample of Josh's writing. He was supposed to write a paragraph on "dogs." Here's what he wrote:

Dogs can run.
Dogs can jump.
Dogs have rabies.
Dogs can die.

Hmmmm....I think the time that DJ showed the "edited" version of Cujo to Josh made more of an impression than the years of Boo. Thanks, DJ! 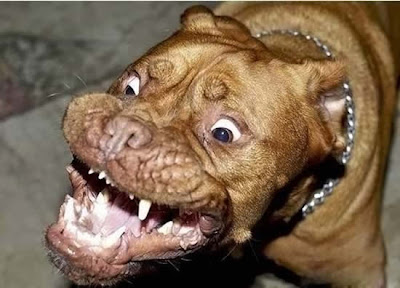 Not that I'm SAYING anything, but this might be what having a teenage daughter is like at moments.....

Love you Reagan!
Posted by Heidi at 1:42 PM 0 comments

It Was A Dark And Stormy Night 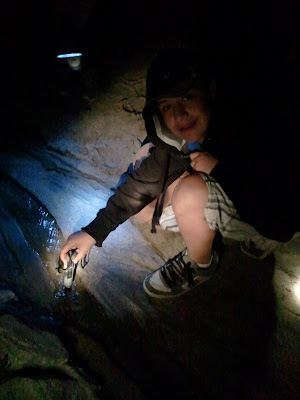 It's science fair time AGAIN.....and STILL....and any other word I can use instead of the expletive that I'd really prefer to think and say. Really--I'm glad the kids like them, but it's driving me CRAZY. The nice thing is that they're getting a little more independent in getting them done.

Independence, however, is a relative term. Tre' is independent, but his project involves driving to opposite sides of our valley at least once a week to collect water samples from natural springs and from golf courses (i.e.--Do golf courses cause pollution? As a side note--was that really a brilliant move on my part to suggest this since I'm employed by a golf course? Thank goodness the pollution is minimal--frankly, the coyotes cause more than the people!)

Our desert doesn't get a lot of rain--so when DJ heard that we were getting a rainstorm this weekend, he told Tre'. Tre' wanted to get samples before and after the storm, SO.....we started collecting water at 6:30. The desert (and golf course) are DARK at 6:30. We got through the golf course, and then headed up to the hills. Our home is a mile or two from the San Andreas fault line and we have a ridge of palm tree oases with natural streams, etc. It's also the home to several packs of coyotes--we can hear them frequently at night. It was blowing, cold, and dark by the time we got out of the car. I looked at my 7 year old, and he was wearing his snowboots from our trip to Utah (I've had to peel them off his feet several mornings on his way out to school. I will NOT have Napolean Dynamite for a child). We started hiking through the desert, and I went into "mom" mode (i.e. "If you let go of my hand the coyotes will eat you"). As a result, Josh was literally glued to my leg. Madi decided that it would be a lot of fun to howl at the coyotes--and I decided to join her--and then the coyotes decided to join in as well! Tre' kept disappearing into gloomy palm tree strands with a zillion coyote footprints leading in as well. I kept imaging a whole herd/flock/pack/snarl of them....waiting in the gloom.... 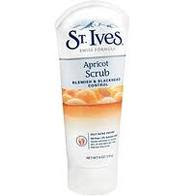 I now have teenage kids (or at least one teenager and one who THINKS he is). I can remember growing up and having a boyfriend's mother "gently" tell me about how effective an apricot scrub could be (Sidetrack: Do you wonder why he was only a boyfriend? Can you imagine a lifetime of "gentle" comments like that one?)

My kids are blessed with good skin for teenagers--nice complexion, not too many "owies", etc. However, I noticed that Tre' was starting to get some blackheads and so I picked up the above-named apricot scrub to "help" him out; I told him that he needed to squeeze this out and mix it with a little bit of water and rub it on his face.

A couple of weeks passed...I asked him how it was going. He said he wasn't using it because it was "defective." "Defective?" was my reply..... "Yeah, defective. It has all these little pieces of rock inside of it." Pause. Laughter--from DJ and I. This was the BEST picture of our family at Mesa Verde. Yes, Josh is showing off his tummy. If it encourages her to really be a marine biologist....But was it worth the extra $95 for the DVD? 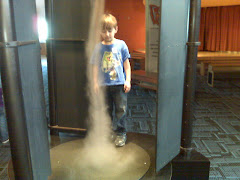 And he's not even playing with his toys.....